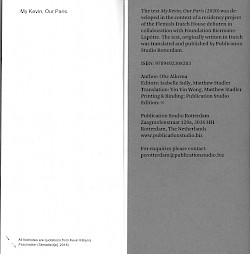 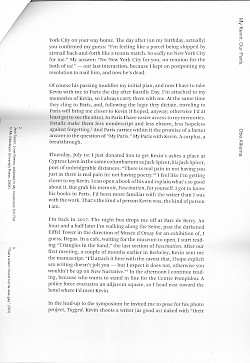 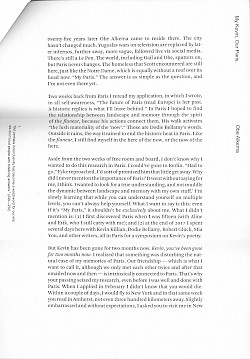 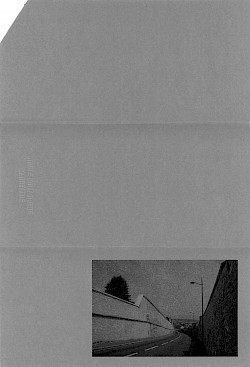 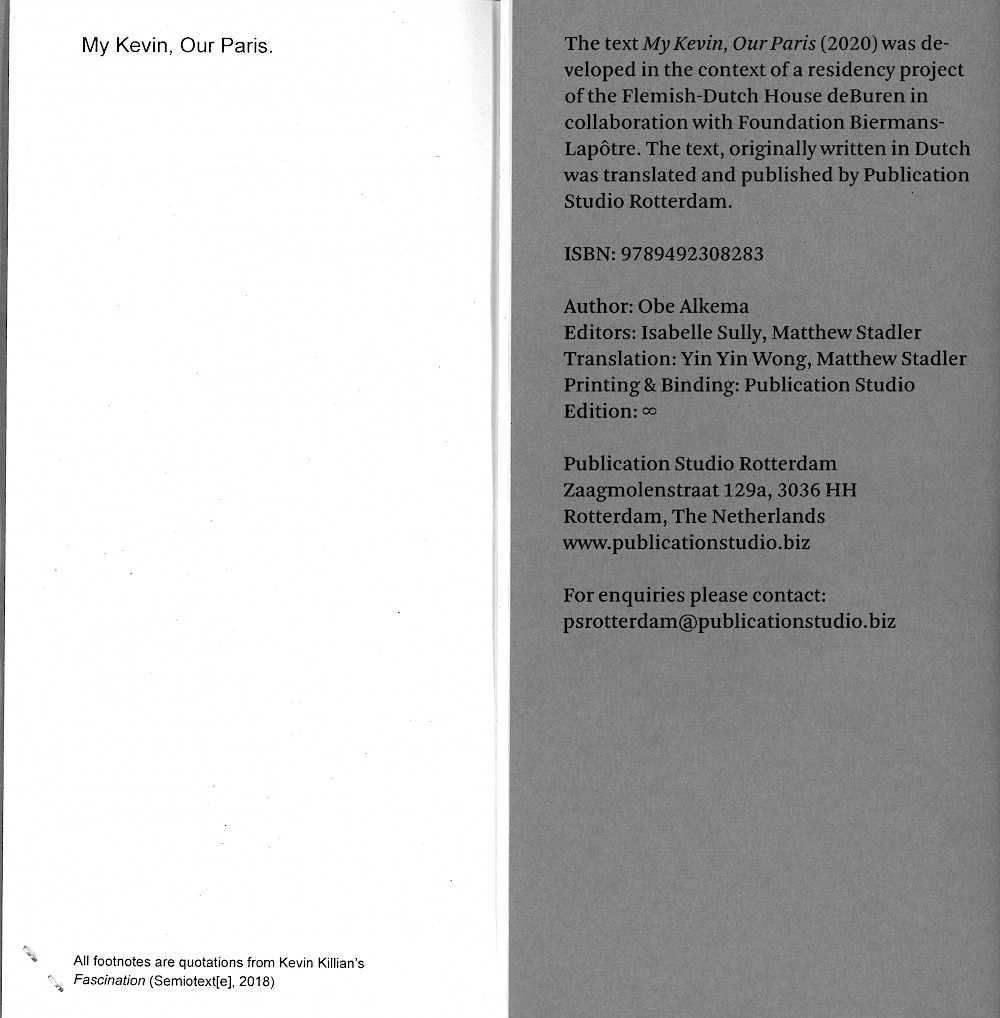 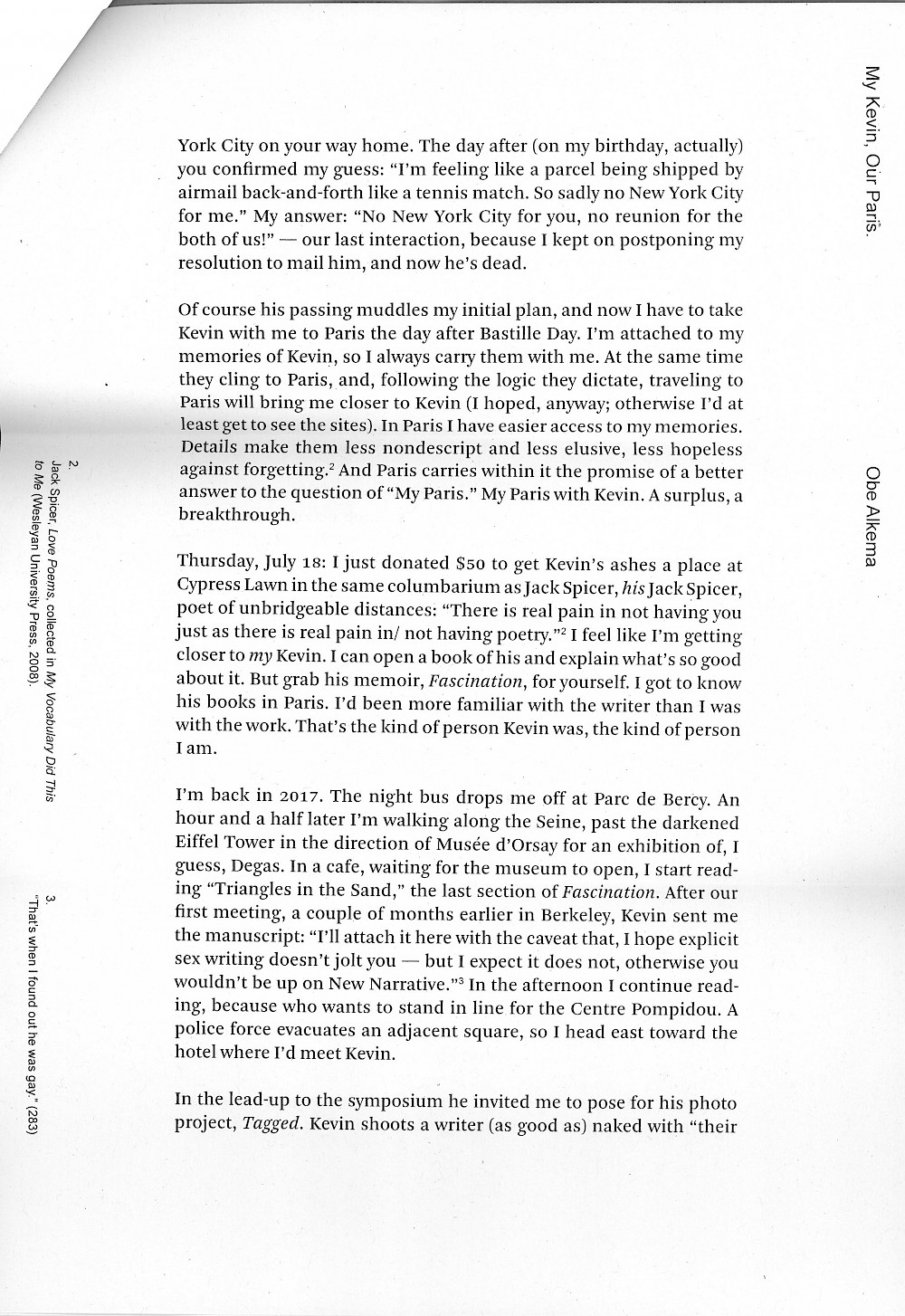 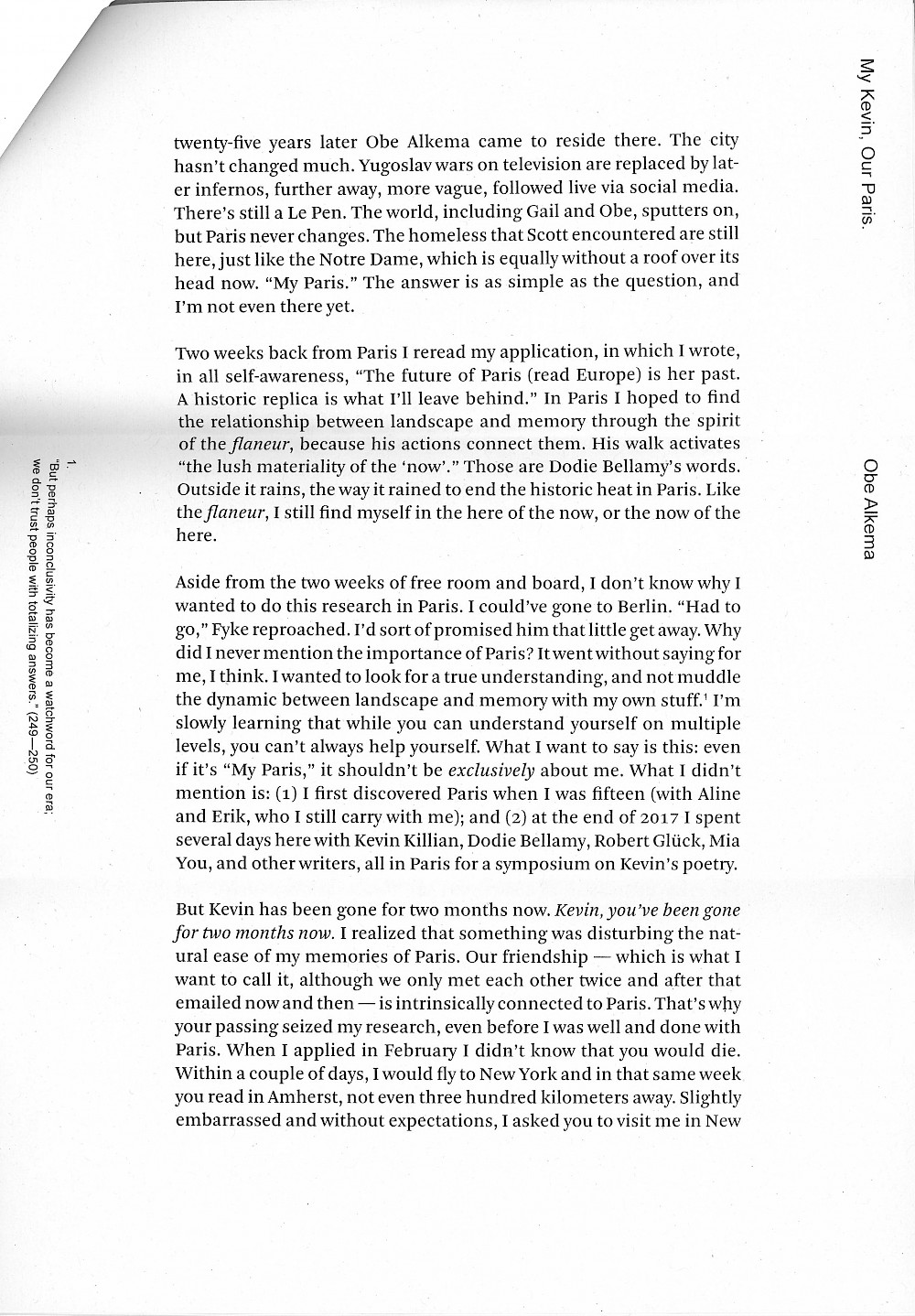 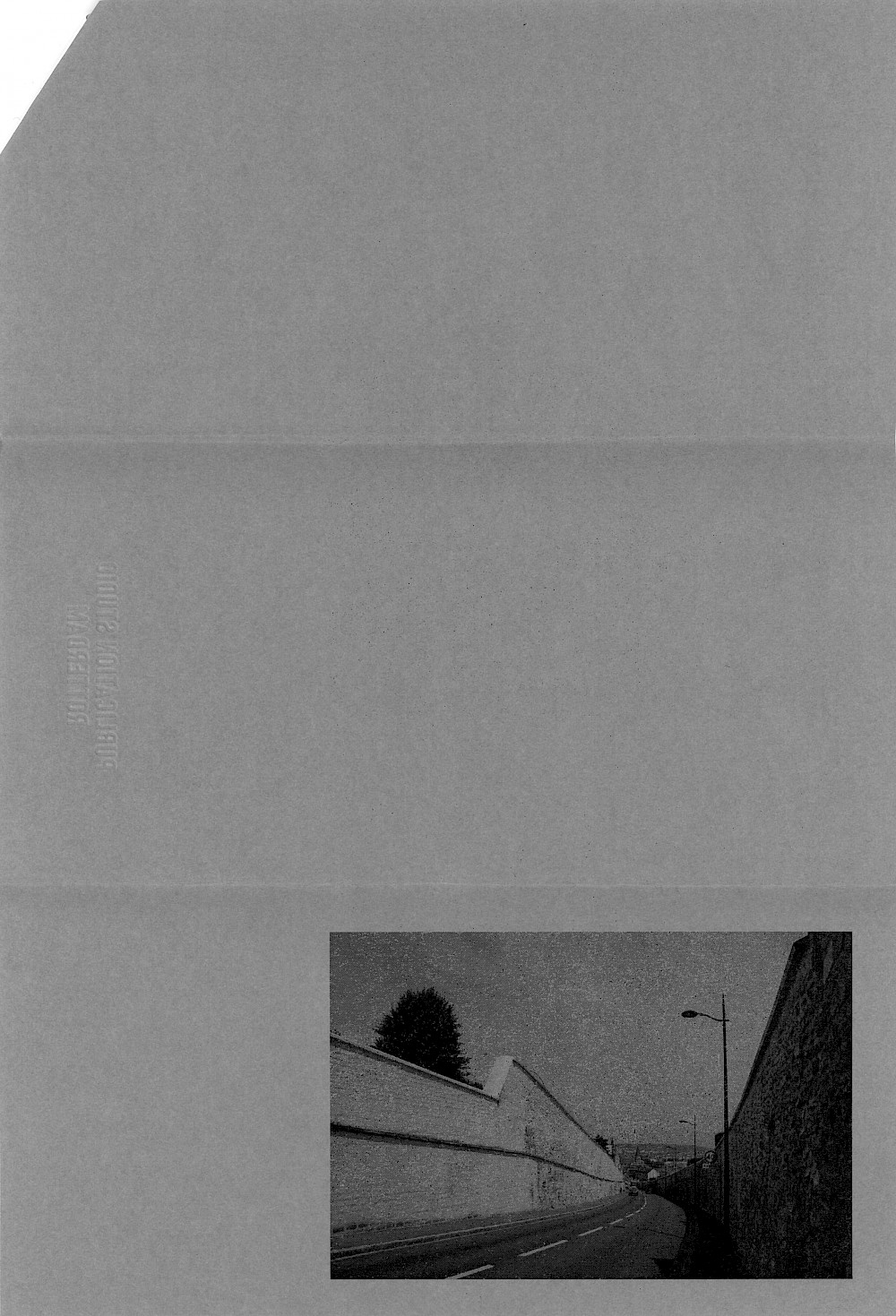 My Kevin, Our Paris
by Obe Alkema

In the fall of 2017, Obe Alkema got acquainted with the American poet Kevin Killian, first at the New Narrative conference at UC Berkeley, then at the Poets & Critics Symposium in Paris that was all about his poetry. A year and a half later, Alkema traveled back to Paris, this time as a participant of a writing residency. He was there to research the landscape of memory, but more than he expected and initially realized, Kevin’s death the previous month (June 2019) affected his return. Besides inevitable, mourning and remembering became obsessions for Alkema, as he shows in 'My Kevin, Our Paris', a memoir about Kevin Killian (1952–2019), but especially about his Kevin and their Paris.